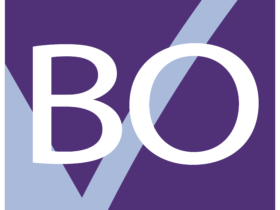 Brexit’s impacts for the European financial sector : a clear break

The road map for the exit of the United Kingdom from the European Union of Theresa May confirms the scenario of a clear break. It must be integrated even if it is not a surprise. Let us start thinking about tomorrow’s Europe of finance.

Last January 17, Mrs. May unveiled her strategy for the UK’s exit negotiations from the European Union. With a certain political pragmatism, she confirmed what commentators call a Hard Brexit: the UK will leave both the single market and the European Customs Union. The British Prime Minister intends to negotiate a new partnership with the European Union, a « global, bold and ambitious  » free trade agreement and a new customs agreement.

Therefore, it seems necessary to organize the potential future relations between London and the rest of the countries of the European Union. And the upcoming negotiations are going to be tough as the City of London has already indicated that it wants to secure a partnership on a stable and lasting basis. However, this cannot be a new version of the equivalence regime that exists today between Brussels and third countries, in which the parties agree to mutually recognize that their rules in certain areas are acceptable to each other. In fact, the City wants to negotiate a stable framework that ensures a free movement of services and products, a framework that can only be changed by mutual agreement.

Since the Brexit, is free circulation possible?

One of the biggest concerns is that free circulation requires a level playing field, an equal compromise for competition. This is what has been excluded by the Brexit, and even more by a hard Brexit, since it is above all an affirmation of the British sovereignty that the Prime Minister wants. Let’s suppose that, as the United Kingdom has explained, there is a transposition into its domestic law of all the European rules to which it is subject today. The principle of free movement at the outset will be at least equal. But then? Then both the United Kingdom and the Europe of 27 will be completely free to change their legislation as they see fit. For the UK, in a direction that is imagined rather supple . The European Union, without the British, is likely to tighten its rules.
Under these conditions there is only one way to maintain an equal playing field: it is that the mutual agreement is permanently modifiable. Do not be scared by words: it is therefore undoubtedly fragile. The alternative would be to find a stable and bilateral agreement but without the systematic adoption of EU legislation by the British. It would correspond to what the United Kingdom is pulling out of the single market but retaining its advantages while recovering its sovereignty.

The EU must be careful

The European Union therefore has every interest in being extremely cautious in the forthcoming negotiations. There can be no financial agreement between London and Brussels based on instability: as soon as the legislation changes on one side or the other, the rights granted must be reviewed. Imagine a case-by-case review procedure and very strict control over future developments. The European Commission should be required to carry out this review, probably on an annual basis.
In addition to these negotiations, Brexit poses another challenge for Europe: what face to give to finance in Europe. Until now, let’s be clear, the City of London was the locomotive. The great majority of European directives have been defined under its impetus. And when sometimes they went in opposite directions, the United Kingdom was there to fight them hard and recalibrate them. This will no longer be the case in the future.
Opinions may differ on the European financial model whose heart was in London. But with the departure of the British, it is the greater part of the « financial brain of Europe » that goes away. The United Kingdom provided expertise in the decisive financial field in market issues and played a major role in building the European model for financing the economy after the crisis. 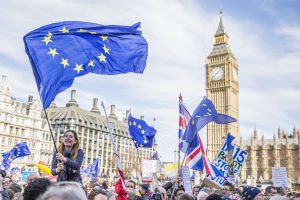 New situation for the European Union

The EU will thus find itself in the new and paradoxical situation of an important economic space, the major part of which is the financial brain abroad. Let us not forget that we are talking about a very big issue, namely the financing of the European economy – which in addition will increasingly pass through the financial markets. This financing plays a key role not only for growth, but also for the ability to define its destiny autonomously. If the United Kingdom needs sovereignty, what about the other 27 countries?

It is therefore vital and essential to reflect on what tomorrow’s financial Europe should be and to build it. Its rules, its priorities, its major players, and its capacity for autonomy and sovereignty. Beyond the consideration of capital markets. The role of Germany but also of France will be decisive.

Who To take over?

After the United Kingdom that will take over to give the necessary impetus to the Europe of finance?
After the United Kingdom, the country of the European Union where the financial activities are most developed is France, which naturally must take up this challenge . The election of Mr. Macron, a pro-EU, worried the British and the next few days will be crucial as he should clarify his position. It will be crucial because the French government’s action plan will be clearer in the next five years . Then, in terms of market regulation, the AMF should become as much as possible the regulator of reference in Europe: given its history and reputation, it can and must carry this new ambition . But it will require reinforced means.

The stakes are immense, the international financial environment is in the midst of a reorganization with the redistribution of geopolitical balances, which put Asia and the United States in a new configuration. The greater the likelihood that the City will be tempted by the Singapore model on a larger scale. There is a great risk that in this new environment the European Union, if it does not organize itself rapidly, is no more than a marginal piece on the global financial chessboard.