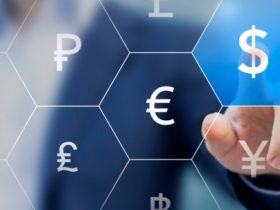 Following the Paris terrorist attacks and Panama Papers scandal, the Members of the European Parliament established new and stricter controls on fighting against money laundering. This is a matter to improve the existing system, to enhance transparency, and to avoid money hiding at any level. Europe now attends the 5th update of the Anti-Money Laundering European Directive (5AMLD): a high rise of controls and measures to be implemented.

3 main objectives to shed light criminals from the dark

Due to the Panama Papers leaks, the European Parliament realized that identifying the Ultimate Beneficial Owners is crucial on fighting against money laundering and terrorism financing. Indeed, a beneficial owner’s data register has been created to collect and store all beneficiaries’ names from all firms and trusts that operate in EU. Each firm is now obliged to provide information about beneficial owners (name, date and place of birth, residence country, private and professional address, etc.). KYC reviews must be performed periodically. Criminals are used to resort to fake letterbox companies in exotic countries: this is an easy way to launder money and avoid paying taxes. The goal is to have ALL the data registers, about all the beneficiaries from firms and trusts from different countries in Europe, connected to a single and centralized platform, in which the information collected is available to key identified persons/entities such as  journalists and non-governmental organizations.

Unfortunately, terrorist attacks in France highlighted prepaid card and virtual currencies as an easy way to get money thanks to anonymity of such support. This is the reason why European Parliament decided to reinforce due diligence linked to virtual currencies (bitcoin), virtual currency exchange platforms, and custodian wallet providers. Like how banks are operated, European Parliament is proposing that, each user must submit due diligence controls and verification requirements, and all providers must now perform a permanent monitoring of their clients and report any potential suspicions. All platforms and prepaid card and virtual currencies providers must then be registered in the country they operate, and will be at risk of sanction if they do not comply.

In addition, the AMLD5 plans to protect any whistleblowers who report money laundering, including the right of anonymity. It would encourage any potential persons to denounce illegal practices, leading to money laundering or/and terrorism financing. Protection and anonymity will also permit to preserve whistleblowers from reprisal.

In the same perspective, additional measures have been voted such as lower threshold on prepaid cards (€150 as maximum stored electronically) and extension of the application scope of AMLD (lawyers, letting agents, art dealers, electronic wallet providers, etc.).

Then, each member states have now 18 months to transpose new measures/rules into national law.

Creating new rules and measures on fighting against money laundering and terrorism financing is important, but the timing is also essential to go further.

The European Commission already indicates that countries that have not transposed AMLD4 will be aimed for sanctions. In December 2017, Spain and Belgium were considered breached because laws linked to AMLD4 transposition were considered as insufficient.

The situation is complex because the European Parliament is chasing money launders and terrorist financier on one hand, while few European countries make tax competition their first choice on another hand. However, EU tax havens do not only help criminals to hide wealth anymore, but their opacity also facilitate terrorists to finance their projects. Even if most of the European countries are aligned, the legislative section is very far to be balanced. As an illustration, ABLV Bank AS (3rd bank in Latvia) has been strongly impacted by the US restrictions regarding Russian oligarchs. Latvia was used to have relationships with Russian clients, as Latvia has been overlooked by URSS for many years. Since February 2018, €2.5 billion have left the Latvia financial system. This new scandal has still highlighted the crucial need to set up a closed cooperation between European countries.

Led by Mrs. Ana Gomes, PANA commission (also in charge of the Panama Paper Scandal) has suggested a special European financial investigation unit to be created. However, this proposal was declined by many countries, because:

Nowadays, we are facing a high sophisticated transnational criminality in Europe. But by using innovative technologies, we will always be one step ahead. We can create as many new laws and try to improve surveillance, but without a European unification, criminals will continue to slip through the net and we will continue to live dangerously.

Simply wish to say your article is as astounding.
The clarity in your post is just great and i can assume you’re
an expert on this subject. Well with your permission let me to
grab your feed to keep updated with forthcoming post. Thanks a million and please keep up the enjoyable work.